INTRODUCTION
Jindrichuv Hradec is a south Bohemian town of about 23,000 inhabitants. The city has a very rich history, that left behind an extensive castle. The first mention of it dates back to the 13th century. It was in the grounds of this castle that a brewery was founded in the 16th century. This brewery is the subject of my design.

HISTORY
At the end of the 16th century, the nobility decided to build a new brewery by the mill gutter. The first batch was brewed in 1587. Under the rule of the Czernin family, at the end of the 19th century a major modernisation and extension of the brewery took place. In the Pre World War I Era, the brewery gained the amount of 30 000 hectolitres. Since 1947, the brewery has belonged to the state. The last batches were produced in the Brewery of Jindřichův Hradec in 1967. The buildings were transferred to the ownership of the Fruta distillery (today`s Fruko-Schulz) and turned into a warehouse. The old brewery was fatally damaged by the fire in 2011. According to the investigators, it was start by children who built a hideout in the area. The charred ruin of a once famous brewery had been a blot on the view of the Castle of Jindřichův Hradec for many years. The remnants of the brewery were bought by the town/city of Jindřichův Hradec. Its future use is currently being discussed

NEW DESIGN
In my new design, I decided to uncover the stream, which is currently hidden under the surface. The space created in front of the main entrance is has very welcoming atmosphere. The design respects the valuable historical design and volume, to the greatest extent possible. While chooding the future functions, I respected the wishes of local people. At the same time emphasis is placed on the great adaptability and the possible rotation of use. The brewery is ready for a “plan change”. The original structures are exposed as much as possible, and i try not to hurt. This is accomplished by inserting “boxes” in which the desired operations are located. I deliberately left the generous spaces in the brewery where the visitor can experience the extraordinary atmosphere of this great space. I wish the brewery was full of life as soon as possible. 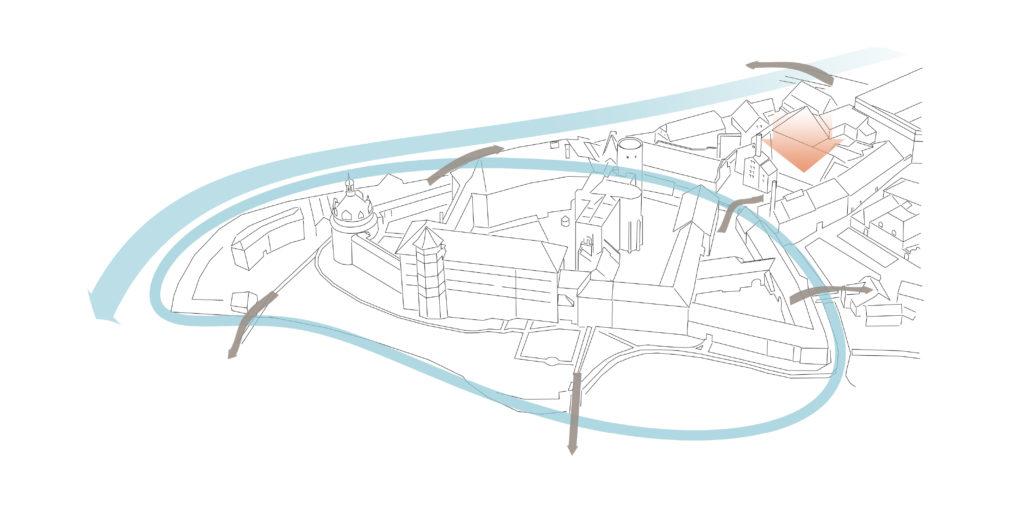 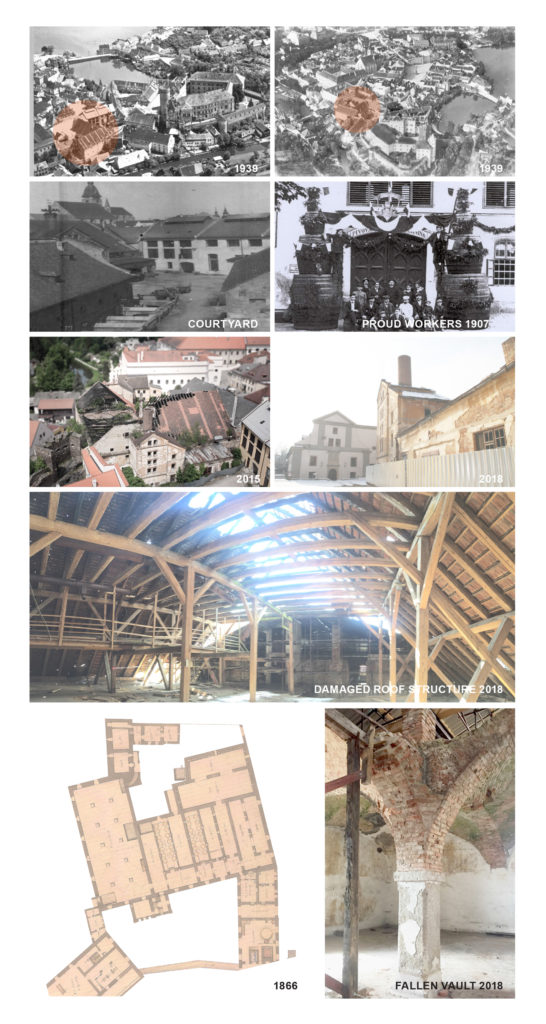 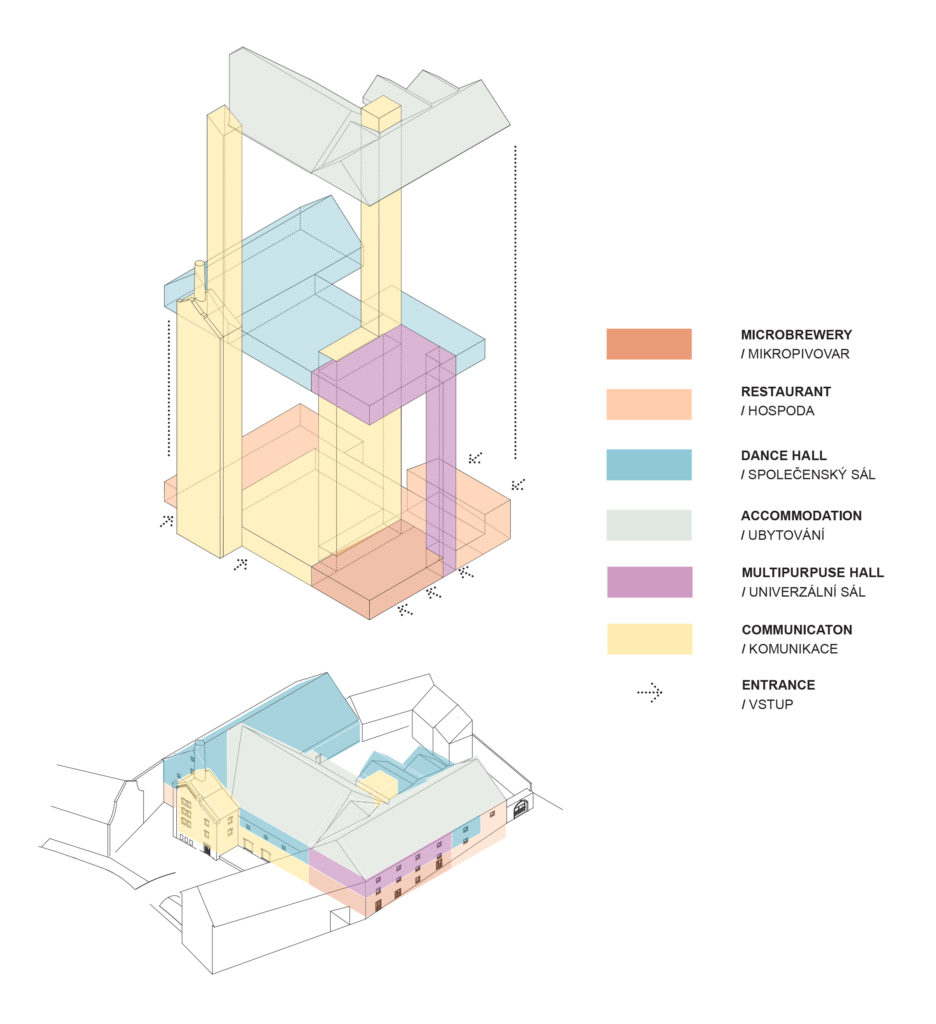 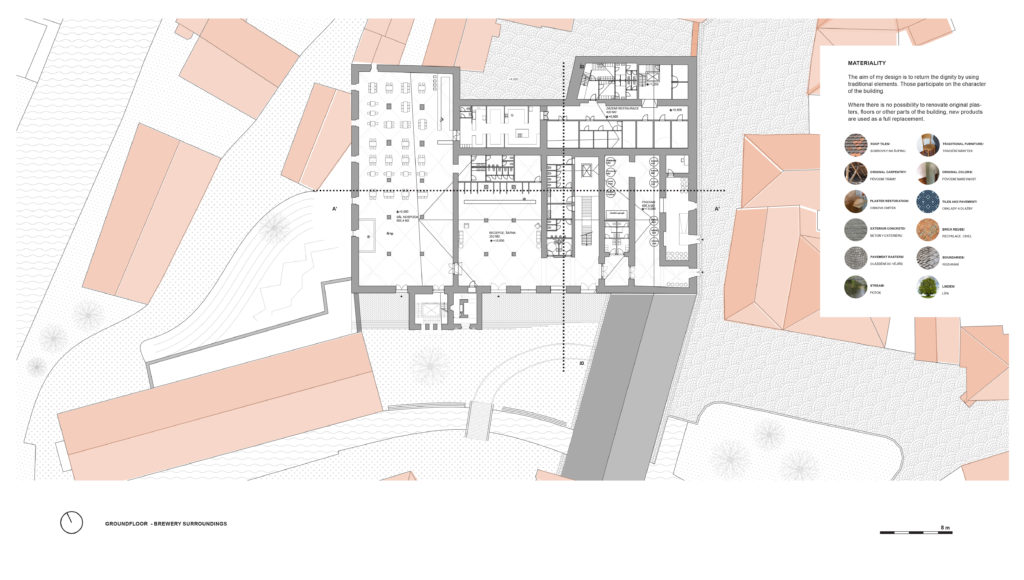 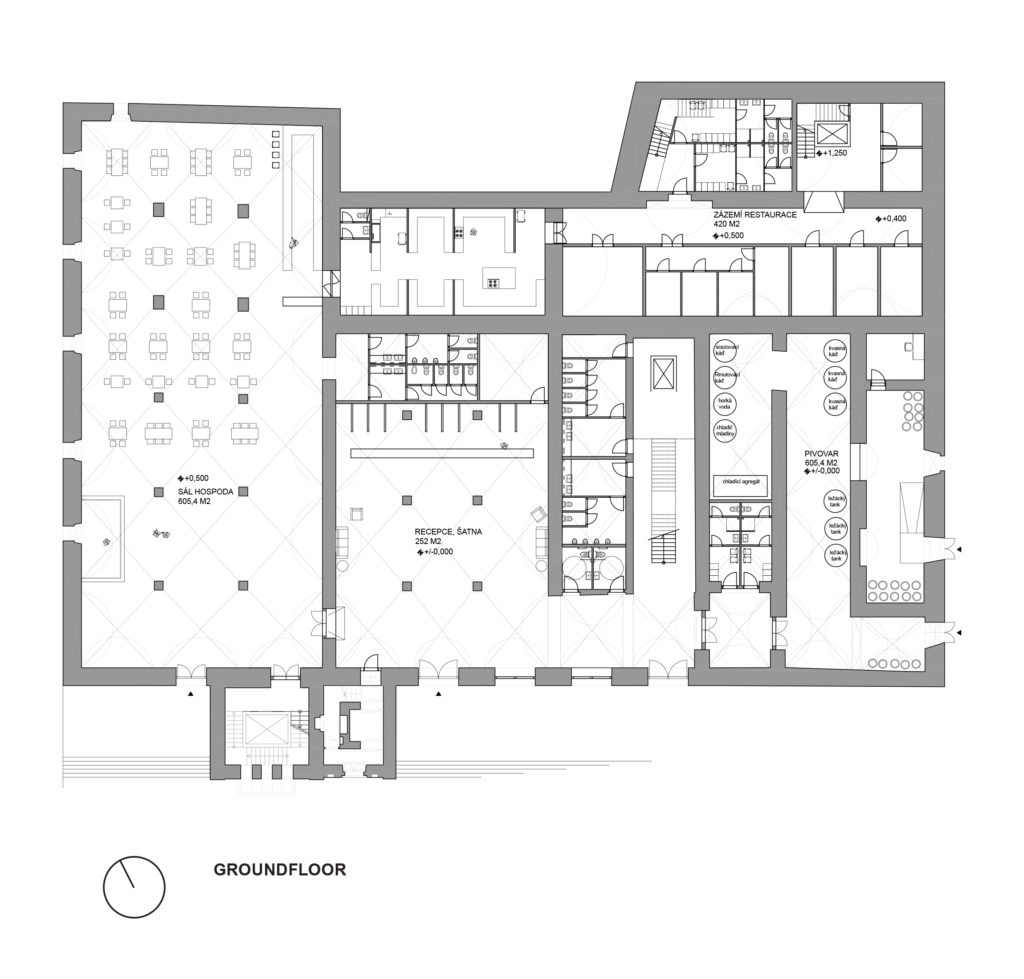 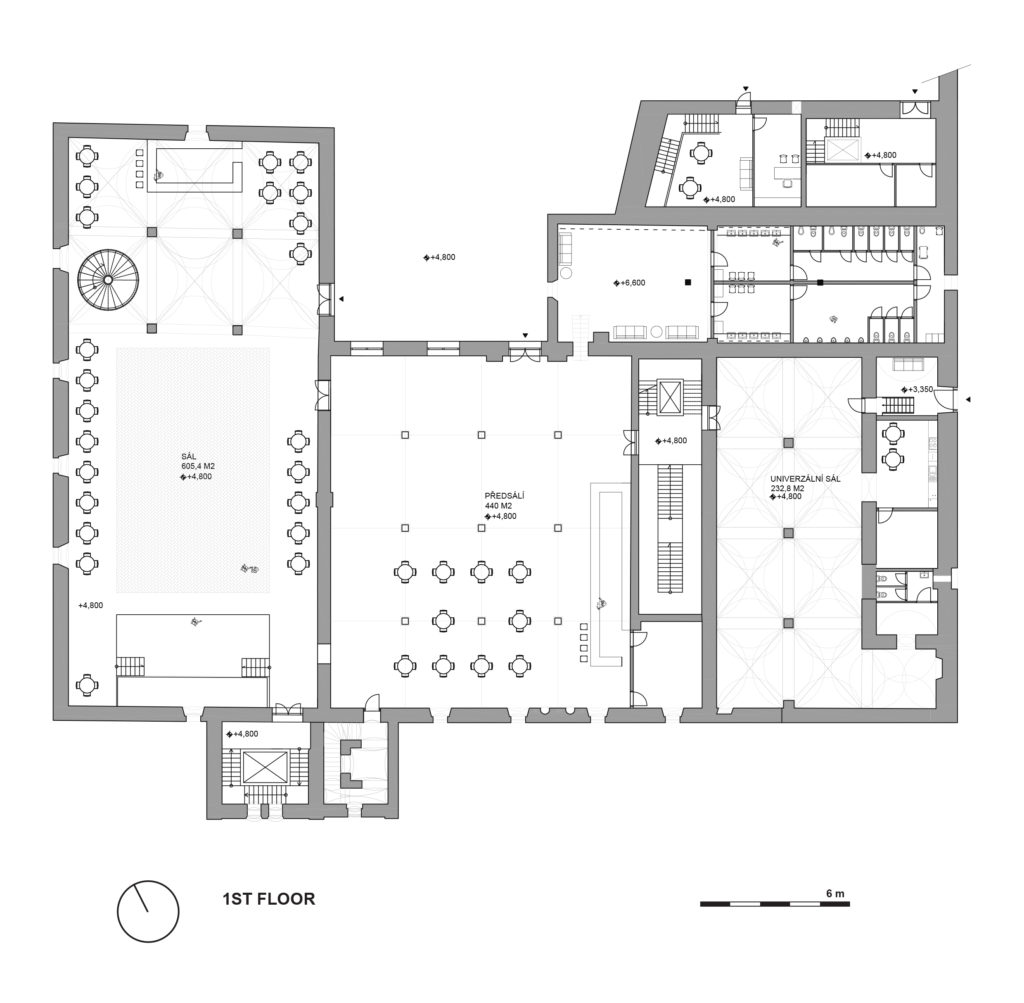 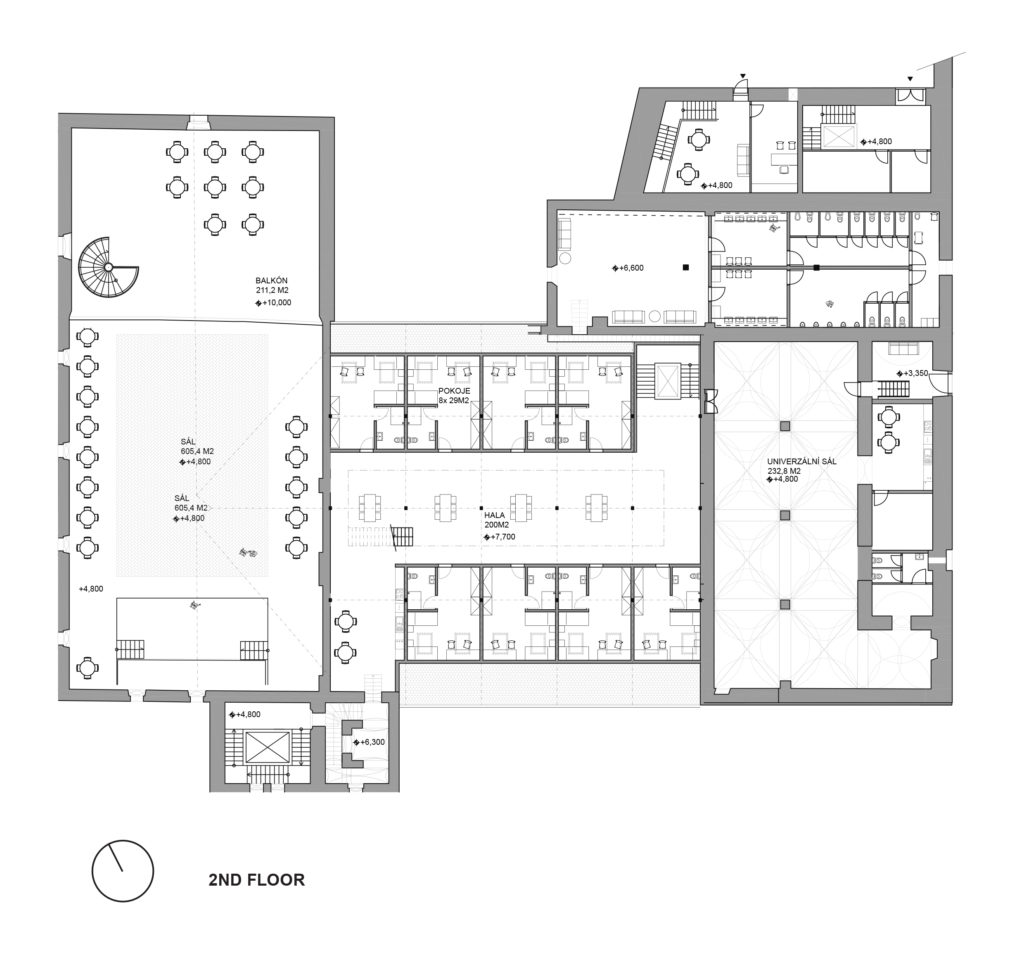 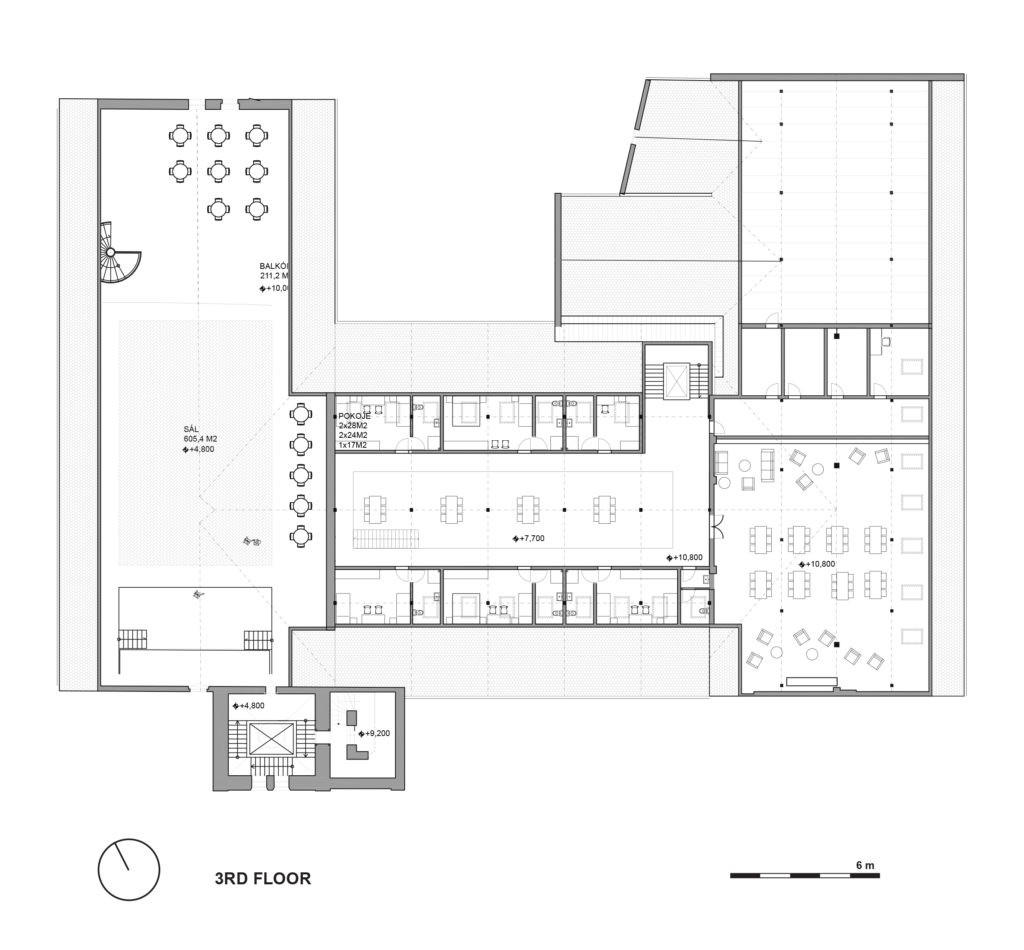 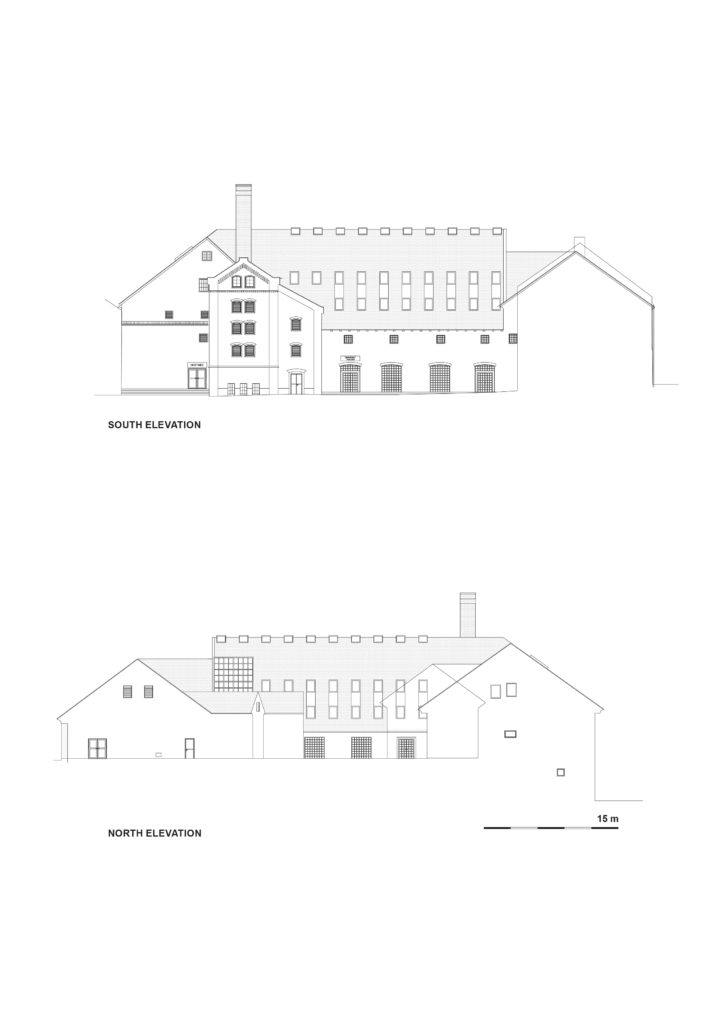 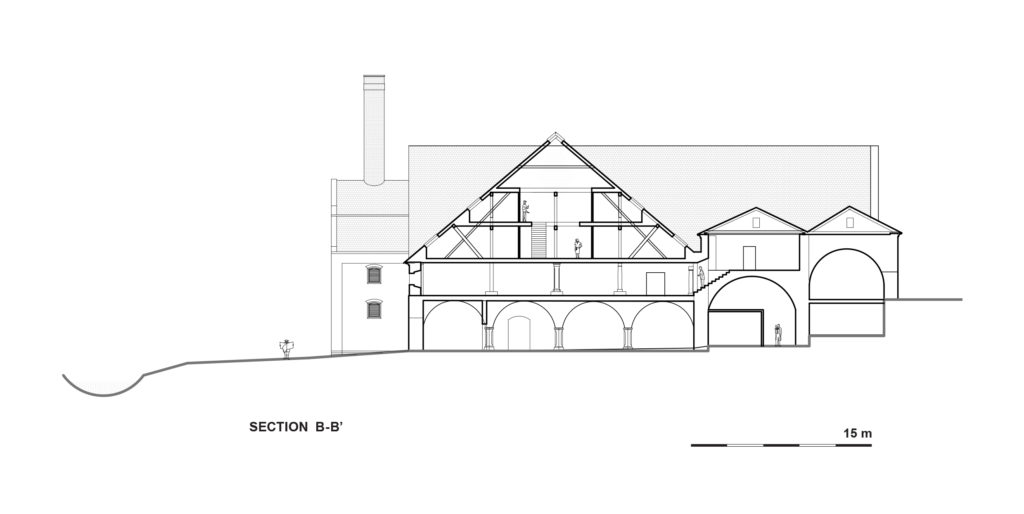 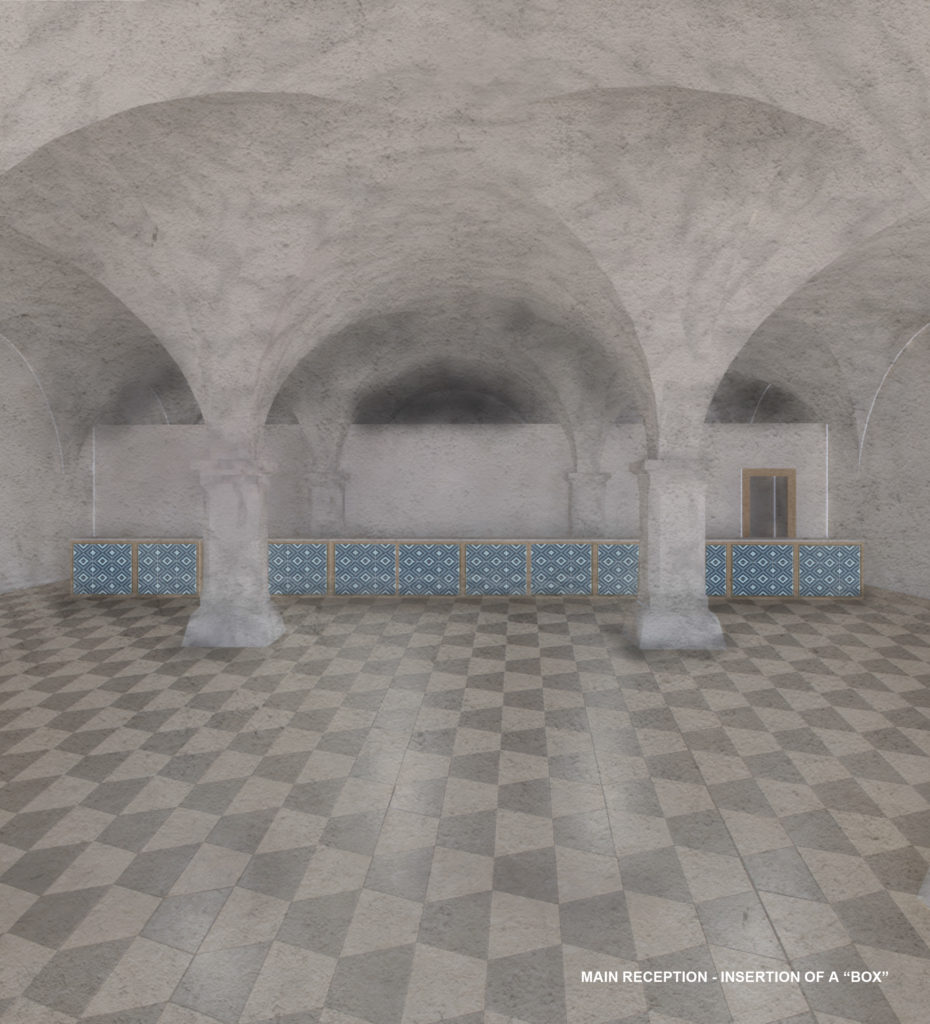 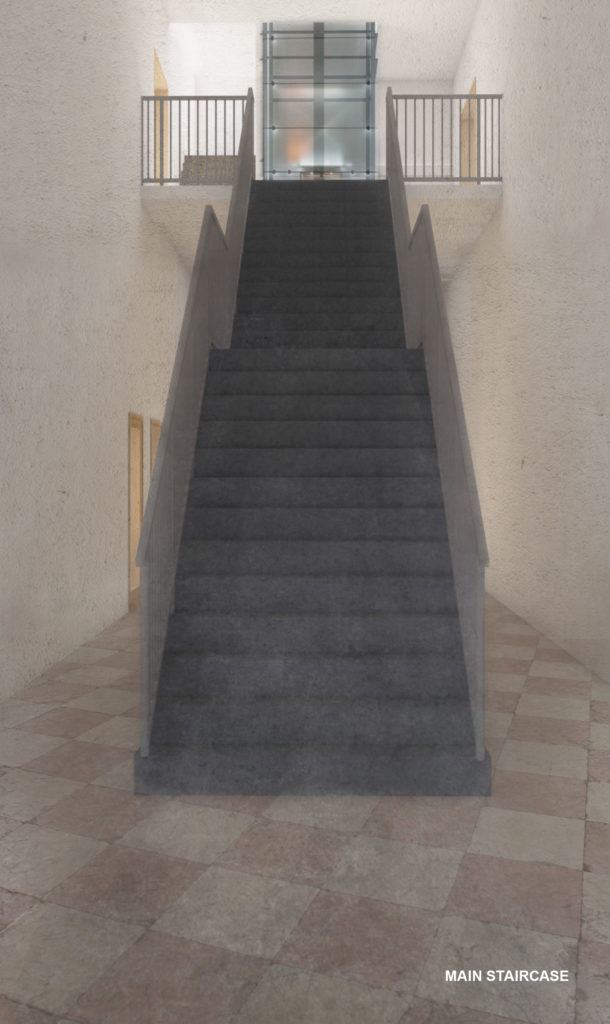 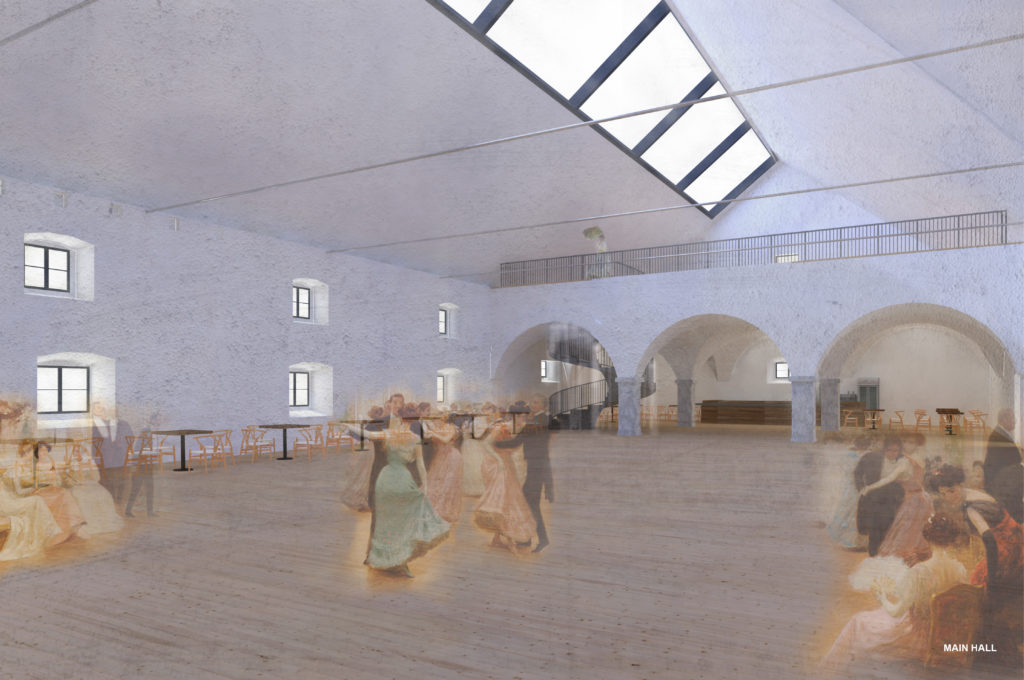